Find out a bit more about the members of the Cinema Technology Committee:

A marketer with over 15 years commercial experience across various sectors with six in the cinema industry, Richard has recently been installed as the new Chair of the CTC. He is widely regarded as a one of the most influential people in the global cinema industry having been included in numerous recognised lists including two consecutive appearances in the prestigious Box Office ’40 under 40′ and is now a regular speaker on presentation quality, emerging technologies such as AR and VR and the overall cinema experience. Since joining Harkness he has been at the centre of a transformation that has seen the business transition from manufacturer to technology company and has been the driving force and creative vision for many innovations including Harkness’ leading app platform. Richard’s boundless energy, passion and enthusiasm for the movie industry is helping steer the CTC group to provide important outputs that significantly improve the movie-going experience globally. 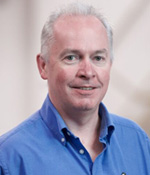 Graham joined the family business, initially as a cinema installation engineer – working on the installation of the UK’s first multiplex in Milton Keynes, over 30 years ago. Having worked in all areas of the business, he took over as Managing Director in 1996. Peter Knight, often more commonly known as the Mad Cornish Projectionist is celebrating his 20th year being involved in cinema exhibition during 2017. With hands on experience of being a projectionist and technician at a variety of different venues and locations and using both old and new cinema technology. He was previously the co vice chairman of the CTC and is now the Head of Communications. He is also the Chairman of the Projected Picture Trust. Denis Kelly, originally a research scientist, spent the first half of his career with Kodak involved with consumer photo processing, including managing the co-operative element of the One Hour minilab installations with the Boots Company.  His involvement in the motion picture industry started with the infancy of high end CGI technologies, followed by a period working directly in support of UK film makers from students to feature films, as well as the major laboratories. After leading the Kodak ScreenCheck programme, he played a role in the slow but eventual transition of distribution and projection from film to digital technologies. Since retirement he has remained a Cinema Technology Committee member, and is currently the Minutes and Admin Secretary. Adam MacDonald is a veteran of the cinema industry having entered over a decade ago with The National Screen Service. He has a successful background working for various leading companies in the industry including 20th Century Fox Home Entertainment, DTS and MasterImage 3D. MacDonald is recognised as an expert in 3D Cinema, something that was identified by Panavision who chose him to head up and develop the EMEA operation for Panavision 3D, a 3D technology that could work on digital – and 35mm!

He is a lifelong lover of the cinema, movies and the film business and continues to deliver commercial success in our industry. He was recently recognised by Box Office Magazine and Celluloid Junkie as one of the key Executives in Europe shaping the future of the business and was honoured to be included in the 2016 ’40 under 40’ awards. MacDonald now runs his own consultancy – ‘Cineventure Ltd’. Following in his dad’s footsteps, Mark started his career in the Cinema Industry in 1989 as a Trainee Projectionist at the then Maybox Cinema in Slough.

Mark then became a projectionist at MGM Fulham Road, Plaza Picadilly Circus and Empire Leicester Square before getting his first Chief Projectionist position at UGC Staples Corner and continued in this role at UGC Enfield, VUE Finchley Road, VUE Staines Upon Thames and Odeon Uxbridge.
In 2006 Mark was very fortunate to be given his dream job and became the Chief Engineer at the Odeon Leicester Square, taking on responsibility for Odeon West End and Panton Street.
In 2012 Mark was appointed Regional Engineer for the London area which is the position he currently holds. David Pope has worked in the Cinema industry for over 20 years. Trained as an audio engineer with Neve, he worked as a sound dubbing consultant for Sony Cinema Products and became General Manager of their European Operation. David joined DTS as Director of Business Development in 2001. He established a subtitling and audio description service to UK Cinemas as an active member of the UK CA’s Disability Working group. In January 2010 he joined XDC as Director of Operations for UK. XDC became the leading digital cinema company for the UK independent exhibition sector. David is now heading up MusicScreen Ltd a dynamic new content provider to the cinema industry. The company broadcast live music events into cinema from concert venues around the world. Recent projects include KISS Rocks Vegas and the iconic Rolling Stones concert in Cuba, Havana Moon. For more information go to www.musicscreen.co.uk David Pope has been a member of the BKSTS for over 10 years and an active member of the Cinema Technology Committee. Taking a special interest in training events he has served on the highly successful ‘Projectionist Training Course’ focus group and helped market the event. His main objectives in joining council are to provide a strong link to the CTC and work to support combined initiatives.

Toni Purvis has been in the cinema industry for over a decade, with experience in both exhibition and distribution. Starting out as a part-time 35mm projectionist at Odeon Leicester, Toni worked through to technical management roles for Odeon in sites such as Swiss Cottage, Leicester Square, West End & Covent Garden. These positions introduced her to alternative cinema events outside of standard cinema practice such as premieres, concerts, and live streamed events. These events and venues encouraged a heightened interest and awareness of new technology. From here, she went onto work in distribution and is currently working for Mister Smith Entertainment in the international delivery and operations team. From there she continues to keep a close eye on emerging technological developments that may complement the continually evolving world of distribution and exhibition. A broadcast engineer by training, with published books on Satellite Broadcasting, Cable Television and HDTV, Jim became part of the cinema industry over twenty years ago – his knowledge of digital techniques and data compression fitted in well with the arrival of digital cinema projection. He wrote detailed articles on the new projection technologies and in 2010 completed the course and examination to qualify as a Barco Digital Cinema Installation and Maintenance engineer for Series I/II digital projectors.  He has edited and produced Cinema Technology magazine for many years and regularly participated in the CTC projection and presentation training courses. Jim has been Chairman of the BSI Standards Committee GEL/001 since 1990 and represents the UK on IEC Technical Committee TC1 – terminology.  He specialises in keeping up with research into new technologies, evaluating research proposals for the European Commission, and lectures to professional engineering groups at universities in the UK.

Russell is a Cinema Engineer who is originally from Southampton in the UK. He studied a BKSTS accredited degree in Film and Video Technology at Southampton Solent University before becoming a post production engineer at BHPinc | RIT. Following this, he became a Cinema Engineer while working on the UKFC digital cinema roll out with Arts Alliance in 2005. Currently he works for Motion Picture Solutions where he gives technical support to film studios for screenings and premieres, this work has taken him all over the world from the Odeon in Leicester Square all the way to screening rooms and cinemas in China and Japan.